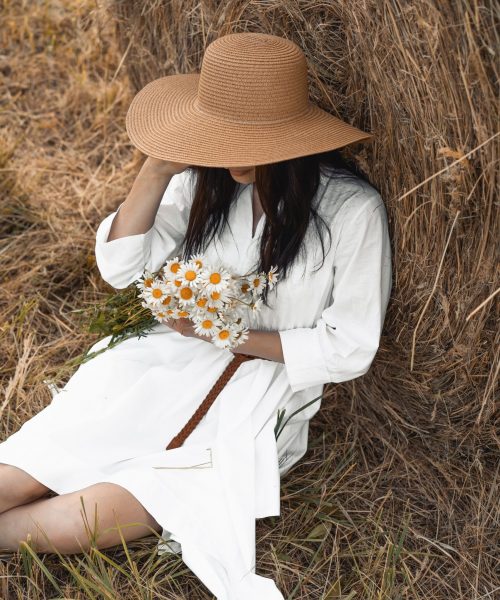 Rheumatoid diseases are known as auto-immune diseases in which the body recognizes its own components as foreign and acts against itself.

Rheumatoid arthritis (RA), one of the many diseases under the umbrella of Rheumatism, is a chronic and complex disease that requires ongoing treatment and, in many cases, brings about a change in a person’s daily dynamics because… living with it, is not easy; yet, leading a productive life can be successfully done.

The complications of rheumatoid arthritis are several and go beyond the pain, discomfort, and lack of ability to continue what used to be normal activities.   RA is not only about physical symptoms, but it will also impact a person’s mental health, day-to-day activities and even relationships, lowering considerably the quality of life and in some cases, possibly causing premature death.

Although genetics and environmental elements are believed to be trigger causes in some rheumatic diseases, professionals believe that because there are more women than men affected by them, there could be a hormonal factor linked to them.  More specific, to rheumatoid arthritis.

As per the American College of Rheumatology: Rheumatoid Arthritis is the most common form of autoimmune arthritis. It affects more than 1.3 million Americans. About 75% of RA patients are women. In fact, 1 – 3% of women may get rheumatoid arthritis in their lifetime. The disease most often begins between the ages of 30 and 50. However, RA can start at any age.

There have been cases in children as young as two years old affected by RA.

CAUTION:  It is important not to confuse RA with osteoarthritis, as indicated in the Harvard Review:

Rheumatoid arthritis, on the other hand, is an inflammatory condition in which your immune system attacks the tissues in your joints. It causes pain and stiffness that worsen over several weeks or a few months. And joint pain isn’t always the first sign of rheumatoid arthritis—sometimes it begins with “flu-like” symptoms of fatigue, fever, weakness, and minor joint aches.

RA is a direct immune response of the body to its immune system’s attack to its own healthy cells in many joints:  hands, wrists, knees, feet, spine, knees, and jaw.  Damage is often symmetrical, affecting both hands or both knees at the same time, tending to affect distal joints first, this means that joints further away from your core, such as feet, ankles, fingers and wrists, are the first to be affected.

On its onset, the outer covering of the joint called synovium gets inflamed.  When inflammation becomes chronic, and the synovium thickens due to cell and protein production increase, damage, spreads to the rest of the joint, increasing its swelling and in many cases, changing its shape and structure, causing deformity.  The muscles, ligaments, and tendons that surround the affected joint, supporting and stabilizing it, weaken as RA progresses, adding to the pain and damage.

If left untreated, the harm will be permanent, resulting in long-lasting pain, with periods in which it gets worse (flares) triggered by stress, excessive activity, increased humidity, or when the patient stops taking medications abruptly; and, periods in which all seems better (remission).

According to Dr. Matthew Ezerioha in the Rheumatoid Arthritis Support Network, twenty-five per cent of RA patients develop rheumatoid nodules; these are firm lumps that vary in size and form under the skin and can appear in the elbows, forearms, knees, or back of heels; they do vary in size and shape and could be as small as a pea or as large as a walnut.

In severe cases, nodules may form in the eyes, lungs, and vocal cords. They could also appear as clusters of tiny nodules (micro-nodules), mostly around the finger joints.

Dr. Ezerioha tells us that although nodules are not tender, they could be painful during flares and could move.  He also indicates that “although nodules are generally not dangerous or debilitating, there are treatment options available if it becomes necessary to have them reduced or removed.”

Infrequently and mostly in severe cases, RA could cause inflammation of the blood vessels, the lining of the lungs and the pericardium (double-walled sac containing the heart).

Besides the localized pain in one or more joints when resting or moving, RA may cause:

NOTE:  RA should be diagnosed by a rheumatologist.  This is important because the signs and symptoms could be easily confused with other forms of rheumatism or joint inflammatory diseases.

Your rheumatologist will diagnose RA by:

NOTE:  It is highly recommended that you visit your physician as soon as the symptoms develop, if possible, within six months of their onset.  Begin treatment early to slow or stop RA’s progression.  Early diagnosis and effective treatments will help reduce its damaging effects.

RA is a complex, chronic illness that is a life-changing event, therefore, it is very important that in addition to discussing your physical symptoms, you share any worry, depression or isolation feelings with your doctor.

Risk Factors for the many types of rheumatism:

On a good note, it is interesting to note that it has been found that women who breastfeed their babies, have less risk of developing RA.

NEVER:  Stop taking your medications suddenly.  If the side effects are too difficult or you do not feel comfortable taking them, please consult with your physician before making any abrupt decisions.

Certainly, boredom will never be part of your diet!

NOTE:  Do not use hot tubs or spas if you have high blood pressure, heart disease, or are pregnant.